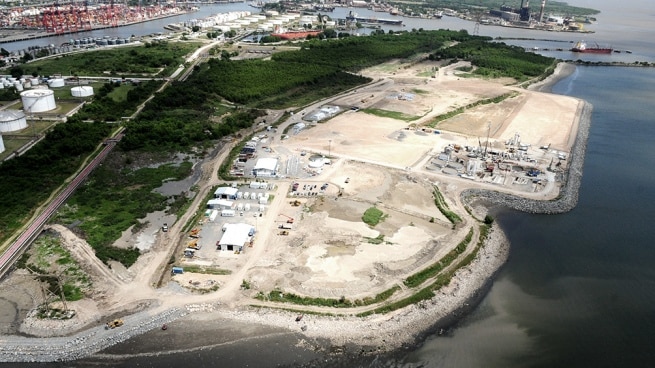 A team of researchers from the Faculty of Agronomy of the UBA (Fauba) managed to clean industrial effluents contaminated with heavy metals using microalgae in the Matanza-Riachuelo Basin, the University’s Scientific and Technological Dissemination Service on Agronomy and Environment reported today. The new technique, called biosorption, was successfully tested using microalgae biomass, so the specialists focused on the zinc generated by the electroplating industry, which “carries serious problems for human health,” it was reported in a release. “Zinc is one of the heavy metals that usually appears in greater proportion in water and sediments,” explained the graduate in Environmental Sciences, Adelina Nashiro, who carried out the research. This metal can reach the river as part of the effluents after to be used by the electroplating industry, which is carried out by some 600 workshops or companies in the City and Greater Buenos Aires, according to data from the Secretary of the Environment and Sustainable Development of the Nation. After managing to reduce the high concentrations of zinc present in the effluents to the levels allowed by the entities in charge of their sanitation, such as the Matanza-Riachuelo Basin Authority (Acumar) and the Water Authority (ADA), the group made up of teachers and graduates seeks to reach industries with this technology with the aim of “improving treatments and reducing the impact on the environment.” “The heavy metals that are released from metallurgical industries and that pollute the river do not degrade,” Agustín Rearte emphasized. , professor of the faculty’s chair of Inorganic and Analytical Chemistry, adding that “we can only remove them from the water, dispose of them in a safe place or reuse them if they are useful.” The tests were carried out on a pre-pilot scale in the field experiment at Fauba, where they obtained the biomass of the algae, and then used the biosorption technique. According to Nashiro, the technique was efficient for the treatment of these efflu and would even “make it possible to discharge it into the sewage pipe”, complying with current legislation. they are planning to increase the scale of the investigations “from the laboratory to the river basin, where the industries are installed.” long and an average width of 35 meters, covering an area of ​​2,200 square kilometers to the mouth of the Río de La Plata. Its course receives numerous industrial waste, especially heavy metals and sewage from the saturated groundwater of the entire basin. Recently, several studies warned about the serious consequences of contamination on the population, especially children. The Matanza-Riachuelo Basin includes part of the city of Buenos Aires and the municipalities of Almirante Brown, Avellaneda, Cañuelas, Esteban Echeverría, Ezeiza, General Las Heras, La Matanza, Lanús, Lomas de Zamora, Marcos Paz, Merlo and San Vicente. Its main tributaries are the Cañuelas, Chacón and Morales streams in the province of Buenos Aires and the Cildáñez (tubed) stream in the city of Buenos Aires, all highly polluted. Around 3,500,000 people live in the 2,240 square kilometer basin.