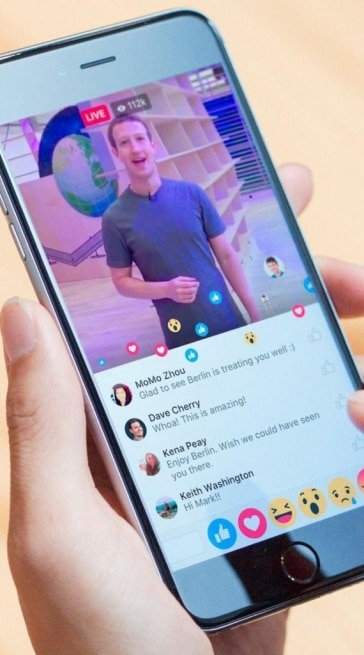 
With less than a month to go before the legislative elections in the United States, the social network Facebook opened a control unit at its headquarters in Menlo Park (California) that centralizes its fight against the spread of false news, as happened in the presidential elections of 2016.Facebook set up this “war room” in an office where 20 to 30 people responsible for coordinating 20,000 employees around the world work daily, including those who started working in Brazil before the presidential elections of the October 7 in that country. “During the three days prior to the legislative elections, this room will work 24 hours in a row,” explained a company spokesperson during a visit organized for a media group, the Efe news agency reported. Those in charge of preventing the spread of false news work “side by side, given the small size” of the office, something done on purpose “to promote continuous and immediate communication” between them, “Having all these people together in one room helps us respond quickly to new threats,” said the company’s director for Global Policy and Government Dialogue, Katie Harbath. Instagram content is also controlled from the same office. and WhatsApp, both owned by Facebook. With this unit, Facebook hopes to avoid what happened in 2016 -the year Donald Trump won the Presidency of the United States-, when the emergence of false news on the platform placed it at the center of harsh critics. The Menlo Park control center has numerous screens on the walls and monitors that show real-time graphs of trends about what is said and done on the social network around the world. been identified as likely to be manipulated or incite hatred. The identification of false news or “fake news” and content that incites hatred is carried out automatically. ada, through an artificial intelligence program in the case of spam or viral content, among other things that are easy to handle. The experts personally deal with the content that is more sophisticated, Facebook spokesmen commented. Each of the workers in the room control represents a different team in the company and between them they are responsible for coordinating thousands of employees who are dedicated to security-related issues for the company all over the planet.”A year ago, we had 10,000 people working on security issues. Now we have 20,000,” said the head of Civic Engagement at the firm, Samidh Chakrabarti. For the time being, the social network’s “war room” has already detected an increase in attempts to illegitimately influence the elections of ” mid-term”, as the presidential mid-term is called. It is false or tendentious content that comes from both the United States and other countries, especially Iran and Russia, something that was “within what was expected.” “At the moment we have not detected anything anomalous,” said the head of Cybersecurity, Nathaniel Gleicher, who assured that a rebound like that less than a month before the elections was foreseeable. The most visible function of the Menlo Park control center is the elimination of false accounts, those of people who pretend to be someone they are not to influence others. According to Facebook, these accounts are in many cases the origin of manipulated information in order to influence voters that go viral and reach countless users. Last week, the social network removed 559 pages and 251 accounts that tried to influence the next US legislative elections. The second mission is to identify and reduce the distribution of false news on the network, something that is It does so by collaborating with independent entities responsible for determining the veracity of the content. If a user tries to share information that has been classified as potentially false, the social network will give them a notice about it. The California control center identifies and it suspends those users considered “evil actors”, who help manipulate the debate and confuse users about, for example, the requirements to be able to vote.