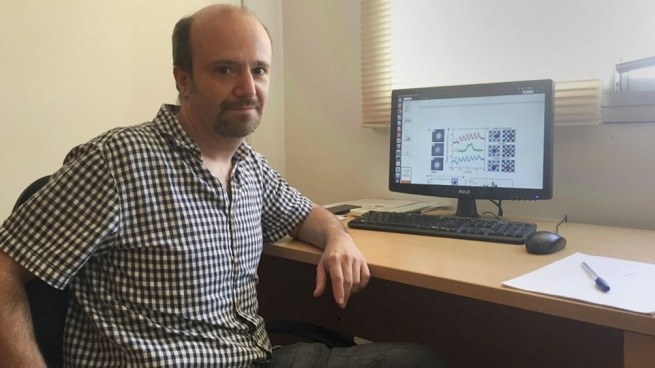 A novel discovery in the field of nanophysics was published this Friday in the journal Science, referring to the hyperfine coupling of isolated magnetic atoms, in which scientists from several countries worked, including Alejandro Ferrón, CONICET associate researcher at the Modeling Institute and Technological Innovation (IMIT, CONICET-UNNE). Science is one of the most important scientific journals in the world, and is the dissemination body of the American Association for the Advancement of Science (AAAS). In the information disseminated by Conicet Nordeste It was indicated that “this is a work that describes how it is possible to measure and manipulate the hyperfine coupling of isolated magnetic atoms on a surface, which was developed by a team of experimental and theoretical physicists from different countries and which had the contribution of a Conicet researcher”. The article, entitled Hyperfine interaction of individual atoms on a surface, presents an experiment that enables the manipulation ulation and study, on the atomic scale, of metals such as iron and titanium, through the use of a scanning tunneling microscope, was highlighted. To this was added that “this finding will have applications for the development of quantum technologies, which are projected as the next revolution in the field of computing”. The researcher Ferrón was one of the authors of the article, which had the collaboration of scientists from the United States, Korea, Portugal, Switzerland, the United Kingdom and Spain. From his workplace in the city of Corrientes, he was in charge of part of the theoretical development of the discovery presented in the publication. “In this case, my contribution consisted in contributing to the explanation and analysis of the results of the experiments that were carried out in an IBM laboratory in California. Once the measurements were made, the team of theorists – of which I was a part along with Joaquín Fernández-Rossier and José Luis Lado – analyzed and interpreted what happened to the measurements of the magnetic atoms on magnesium oxide, which were made with a microscope. tunneling, a complex equipment that is known as STM for its acronym in English (Scanning Tunneling Microscope), combined with electron spin resonance techniques, called ESR for Electron Spin Resonance”, details the researcher. He considered that “the novelty of this new work is that, unlike previous ones, physicists were able to modify the hyperfine coupling of atoms by changing the conditions of their environment.” He then indicated that “these characteristics are not easy to use, but this technique makes it possible since it allows them to be moved on the surface and located in different positions with precision on the atomic scale, opening a new field for the development of nanostructures. uras”.