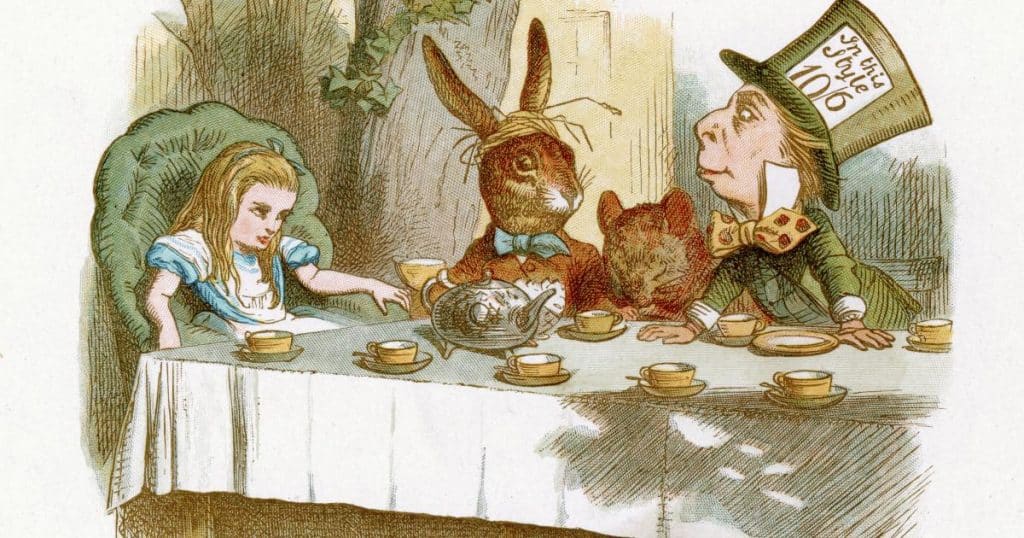 The earth is flat, the coronavirus does not exist: many people can smile at such conspiracy theories. But some take it literally: it seems like they are trapped in an alternate reality. Why? Psychologist Robbie Sutton and his colleague Karen Douglas of the University of Kent now describe this phenomenon as ‘rabbit-hole syndrome’. With the metaphor of the rabbit hole, they allude to a scene from Lewis Carroll’s children’s book Alice in Wonderland: curious, little Alice follows a rabbit into a tunnel without thinking about how she will get out again. And before she can change her mind, she begins to fall, and falls, and falls, deeper and deeper. As Sutton and Douglas describe in Current Opinion in Psychology, conspiracy belief also plays out in this unplanned way. At first, the process is quite slow; theories may arouse a bit of curiosity. But the more one deals with theories, the more one’s convictions change, slowly at first, then faster and faster, and at the same time frustration, uncertainty and the need for explanations grow: a “recursive” dynamic, that is, that reinforces itself. The fact that the way back is increasingly difficult is also due to the fact that like-minded people satisfy the need for connection and belonging. The exchange with them increases, while other contacts decrease. And with the new social network, the social identity also changes to that of a lateral thinker or truth seeker. In the final phase, the convictions are consolidated. The process is now hardly reversible, write the British psychologists: the believer has delved into the structure. The stronger the belief, the more he thinks he can recognize supposed patterns and causality in this light: it all seems somehow connected to the grand conspiracy. This thought can acquire a mystical dimension, characterized by a radical skepticism about reality and speculative ideas as a legitimate way of knowing. However, what is not clear, according to Sutton and Douglas, is why only a minority go down the rabbit hole: what prevents the vast majority from doing so? In any case, intelligence does not prevent it: given the right circumstances, we are all prone to believe in conspiracy theories, said author Karen Douglas during a conference at the University of Basel in late October. “People can get sucked into conspiracy theories by accident, and once they find themselves in this maze of alternative facts, it’s hard to find a way out.” But development can be stopped by respectfully entering the conversation and encouraging people to think analytically about an issue.
Christiane Gelitz