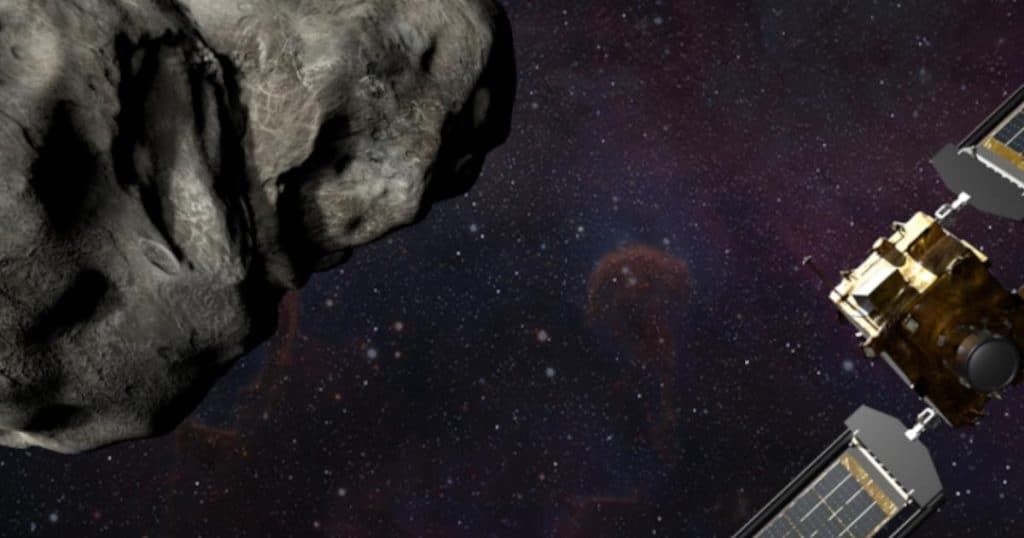 This Tuesday, September 26 at 1:14 in the morning, Spanish time, NASA will deliver a preventive blow aimed at preventing the dangers of the solar system. At that time, the agency will crash a spacecraft into an asteroid located 11 million kilometers from Earth. The goal is to slightly modify the orbit of the harmless space rock, to see if we could do something similar in the future, in case we detect that a threatening asteroid is moving towards our planet. The DART (Double Asteroid Redirection Test) spacecraft will be destroyed when it crashes into the 160-meter-diameter asteroid Dimorphos. “It’s like throwing a golf cart at the great pyramid [de Guiza]», compares Nancy Chabot, a planetologist at the Applied Physics Laboratory (APL) of Johns Hopkins University. The company is reminiscent of the 1998 film Armageddon, where Bruce Willis saves the Earth by making an asteroid fly into a thousand pieces. And the entire event will unfold as a movie that will be broadcast on NASA’s website. DART’s camera will focus on Dimorphos and the larger asteroid it orbits, Didymos, as it approaches its target. At first, DART will not be able to resolve the two asteroids, but when it gets close enough, they will separate into two points of light. The spacecraft will continue its flight toward Dimorphos, taking images once a second and sending them back to Earth until the asteroid’s surface fills the field of view. “We’re excited to see what it looks like,” says Michelle Chen, software engineer at APL. The images will then abruptly cease, as DART crashes into the surface of the space rock.
Consequences of the crash
However, this $330 million mission aspires to achieve a scientific goal before the credits roll: to study the effects of adding kinetic energy (via a 6.6-kilometer-per-second impact) to an asteroid. . Dimorphos could absorb much of that energy or be partially destroyed, depending on whether it’s made of solid rock or a loose agglomeration of space pebbles. Modest-sized asteroids are “small geophysical and geological worlds,” says Patrick Michel, a planetologist at the Côte d’Azur Observatory in Nice. “We don’t know yet what DART will find.” The best perspective on the aftermath of the collision will be obtained from another spacecraft, an Italian probe called LICIACube that flies a short distance from DART and will fly over Dimorphos just three minutes after impact. Their cameras will take pictures before and after the crash. LICIACube will see the remains of the DART ship, unless the impact kicks up a cloud of dust large enough to block its view. The most compelling images from LICIACube should be available within 24 hours of the crash, according to Simone Pirrotta, project manager for the probe at the Italian Space Agency. It is possible that the impact will not produce any crater, if Dimorphos absorbs much of the kinetic energy of DART, explains Adriano Campo Bagatín, a planetologist at the University of Alicante. Visits to other asteroids have shown how complex and surprising space rocks can be. Starting in 2018, for example, NASA’s OSIRIS-REx spacecraft spent two years in orbit studying asteroid Bennu, but when it proceeded to collect a sample, Bennu turned out to be made up of loose pebbles that unexpectedly responded to the arm of sampling.
confirm success
In the case of Dimorphos, it will be days or weeks before mission scientists can confirm whether the test has worked. The goal is to speed Dimorphos up, reducing the time it takes to complete a lap around Didymos by 10-15 minutes. The researchers will determine if that has happened by using ground-based telescopes to see how Dimorphos blocks the light from Didymos, and vice versa, as the smaller asteroid orbits the larger one. Observatories around the world will measure the aftermath of the crash, as will the Hubble and James Webb Space Telescopes. “I have my hopes pinned on all of those instruments,” says Cristina Thomas, a planetologist at Northern Arizona University in Flagstaff who leads the observing teams. Changes in Dimorphos’s orbit will most likely be noticeable between October 1 and 2, or even earlier, depending on how quickly the dust cloud clears after the crash. Researchers won’t be able to take a closer look again until 2027, when the European Space Agency’s Hera mission visits the asteroid to study the impact site. Dimorphos and Didymos are not a threat to Earth, nor will they be after the test. NASA just wants to see if it can deflect a Dimorphos-sized space rock, since such an asteroid could devastate part of our planet if it collides with it. The space agency is scanning the sky for dangerous asteroids, but the project is behind schedule. With current ground-based telescopes, it would take another three decades to complete it. And, this year, NASA has delayed the launch of a long-awaited space telescope that would help search for these asteroids: it was planned for 2026, but now it will not take place before 2028. “The most important thing that we must take into account in relation to any One of these deflection techniques is that for them to work, we need to have enough time,” warns Amy Mainzer, a planetologist at the University of Arizona in Tucson and principal investigator of the future telescope. “The key is to discover the objects long before a possible impact occurs.”
Alexandra Witze/Nature News
Article translated and adapted by Research and Science with permission from Nature Research Group.