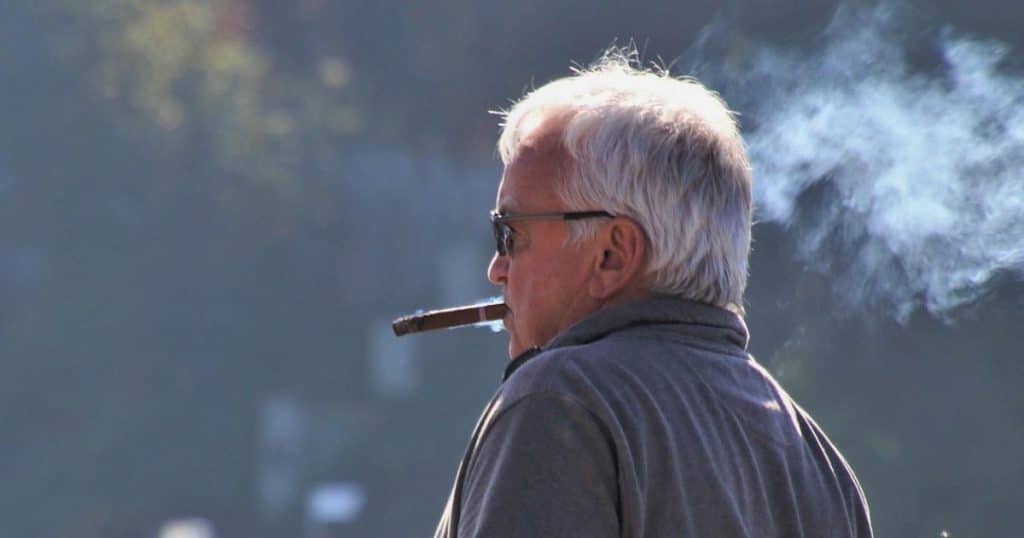 A recent study has analyzed the link between the incidence of cancer and the main risk factors. Its main conclusion is that almost half of cancer deaths worldwide are due to preventable risk factors, such as smoking or drinking alcohol. The team in charge of this extensive study has used data on cancer cases and deaths from this disease from more than 200 countries. Its conclusion has been that risk factors were responsible for almost 4.5 million deaths in 2019 (see the first graph). That’s more than 44 percent of the total. Smoking, drinking alcohol and having a high body mass index (which can be an indication of obesity) were the main causes. The findings, published in The Lancet on August 20, confirm the results of other, more modest research. According to Rudolf Kaaks, an epidemiologist at the German Cancer Research Center in Heidelberg, the study shows that there would be far fewer cases if exposure to risk factors were reduced. For Kaaks, the message he is trying to convey is very simple: “Don’t smoke. Try not to be overweight and don’t drink too much alcohol.”
too high an incidence
It’s very difficult to know the true number of cancer cases and deaths worldwide, because many countries don’t record such data, says Justin Lang, an epidemiologist at the Public Health Agency of Canada in Ottawa, and a co-author of the study. . To overcome that hurdle, Lang and his colleagues used data from a previous study that looked at deaths and disabilities from more than 350 diseases and injuries in 204 countries. In 2019, half of all cancer deaths in men and more than one one third in those of women were due to avoidable risk factors. The main ones were the consumption of tobacco and alcohol, unbalanced diets, unprotected sexual relations and exposure to harmful products, such as asbestos, in the workplace. Between 2010 and 2019, deaths worldwide from these risk factors increased by 20 percent. The one that experienced the greatest increase was excess weight (especially in countries with lower incomes). According to Kelly Compton, project manager at the Institute for Health Metrics and Evaluation (IHME) in Seattle, part of the University of Washington, these results are very important: “Combined with local data, they can help politicians to determine which are the priority risk factors in planning campaigns to control this disease. Exposure to tobacco has been reduced thanks to effective measures, such as the ban on smoking in many places, the increase in taxes on tobacco and the advertising ban. Lisa Force, lead author of the study, who studies the incidence of cancer and other diseases at the University of Washington, points out that similar measures have been recommended to reduce excessive alcohol consumption.
future research
The study does not include other known risk factors, such as exposure to ultraviolet radiation and certain infections. They did cite “unprotected sex” as an indicator of cancer risk associated with human papillomavirus (HPV) and other sexually transmitted viruses. Cervical cancer, caused by certain strains of HPV, is the leading cause of cancer death in women in sub-Saharan Africa. There, Kaaks points out, “if we vaccinated the entire population against HPV, the number of cases and deaths from cancer among women would be reduced.” Study co-author Jonathan Kocarnik, who models global cancer incidence at IHME, says future analyzes plan to include risk factors such as infection and UV exposure. For this, it is necessary that the necessary data is collected (for example, on the levels of exposure to these factors). Future work will also help assess the effects of the COVID-19 pandemic on cancer cases and deaths. According to a 2020 study, it is believed that by 2025, delayed diagnosis caused by COVID-19 will be to blame for more than 3,000 cancer deaths in England alone. Those deaths could have been prevented. Kocarnik thinks it’s also possible that the pandemic has modified exposure to certain risk factors: for example, during lockdowns, workers were less exposed to harmful products. However, he adds that “we will need years to understand the changes that have occurred in exposure to risk factors and the impact that this will have on future cases.”
Giorgia Guglielmi / Nature News
Article translated and adapted by Research and Science with the permission of Nature Research Group. Reference: “The global burden of cancer attributable to risk factors, 2010–19: a systematic analysis for the Global Burden of Disease Study 2019”; Khanh Bao Tran et al. in The Lancet, vol. 400, no. 10352, pp. 563-591, August 20, 2022.