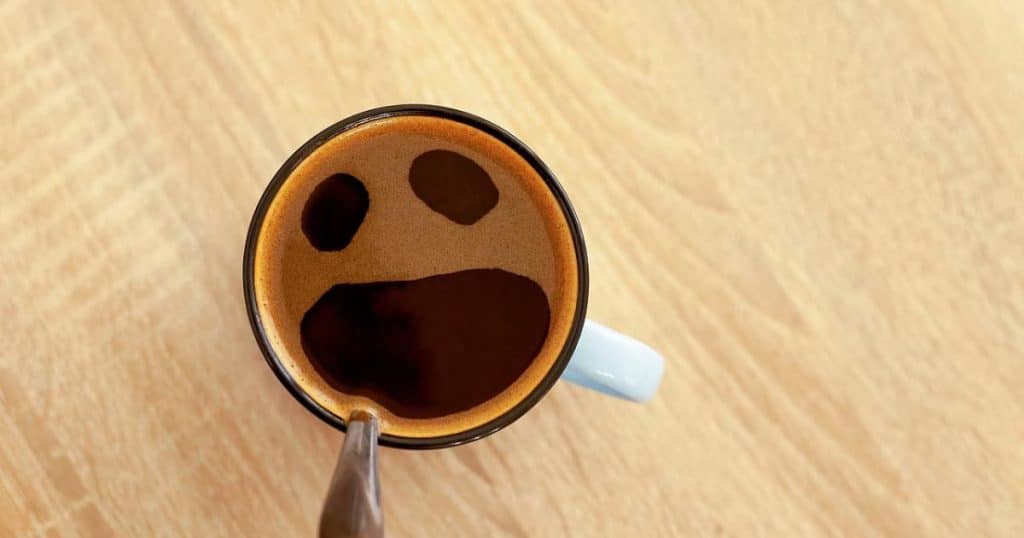 Sometimes we recognize faces where in reality there is nothing, as in the famous “man in the moon”. This effect is called facial pareidolia. According to a new study, we tend to associate these images with the male sex. And there are several possible explanations. Perhaps the male face is a kind of template for human faces. However, it is not yet known whether the tendency is innate or learned. People can perceive faces in the most diverse objects. Once you’ve recognized the dark eyes of a plug, you feel watched from all angles. The phenomenon is called facial pareidolia, and the reasons for its occurrence are well documented. But the discovery by neuroscientist Susan Wardle and her team raises new questions. The smiling faces of the vegetables or the confused faces of the washing machines are mostly perceived as masculine. That’s what experts at the National Institute of Mental Health in Bethesda saw when they had nearly 4,000 test subjects rate 256 illusory faces based on emotion, age, and gender. The results are impressive in several respects. Although the researchers gave the participants the option to assign a gender to the alleged faces, the subjects did so in about half of the cases, and more than 80% of these ratings were “male.” From the information provided by the test subjects, the scientists calculated a “gender score” for each photo displayed in the experiment. -1 meant a very feminine looking face and +1 a maximum masculine face. The highest score for a female face was -0.55, while the highest score for a male face was 0.93. Therefore, male faces are more clearly perceived as such than female ones.

The term describes the phenomenon of recognizing faces where there are none. In German-speaking countries, the term is often mistakenly equated with the general pareidolia (from “for”, next to, and “eidolon”, appearance). This occurs when something substantial is interpreted as a meaningless stimulus. In addition to visual pareidolia, there is also acoustic pareidolia, for example when one “hears” words or music in background noise. This last conclusion coincides with a study carried out in 2012 in Tübingen. Regine Armann and Isabelle Bülthoff of the Max Planck Institute for Biological Cybernetics showed their test participants images of human faces that were sometimes more and sometimes less of both sexes. Thus, a “morph” could be ten, twenty, thirty percent (and so on) female. To the 18 men and women in the test, female faces seemed much more often male than vice versa. Only when the researchers created “superfeminine” morphs were the subjects reliably classified as female. Where does the preference for the masculine come from, to which men are just as subject as women? To find out, Wardle and his colleagues ran a series of additional experiments with the illusory faces. Did the displayed objects themselves influence whether people gave them the attribute “masculine” or “feminine”? For example, people may perceive wristwatches or sports equipment as more masculine. The team ruled out the possibility that such a content-related association influenced perception by performing the following experiment: They replaced the images with the corresponding words (such as “potato”) and had the subjects assign a gender. However, the trend towards masculinity did not occur here. Is it then possibly the visual characteristics, such as the shape or color of objects, that make us think of men or women? For each sensory illusion, the experimenters looked for a photo that was as similar as possible and that did not show any human features. However, without these features, a washing machine did not look particularly masculine. The color did not influence either, as it became clear in the evaluation of the black and white photos.

The distortion arises at the cognitive level

In their search for explanations, the experts went one step further. Do “masculine” objects have more corners and edges? Or is it due to the position of the eyes and mouth? They tested all these possibilities with various algorithms, to no avail. “We couldn’t find a visual reason why faces are perceived as male rather than female,” says Wardle in a Youtube tech talk. “So it’s our cognitive interpretation of images that makes us see them as masculine.” New York University psychologist April Bailey explains it this way: the distortion is not at the perceptual level, but in how we think about the concept of “gender.” The faces are masculine, and a feminine face is defined in relation to the masculine, which brings us back to Simone de Beauvoir. The man becomes a woman by giving the face certain characteristics. “He thinks of Lego figures. There, the female versions often have extra features like lipstick, eyelashes and long hair,” says Wardle. The two cognitive researchers Marco Gandolfo of Radboud University in Nijmegen and Paul Downing of Bangor University in Wales also write in a study that has not yet been independently tested that “the female face is processed as an extension of the masculine standard. In their experiment, the test persons, male and female, had to detect as quickly as possible the stimulus that went out of line, specifically, a female face among many male faces or a male face among female faces. This was achieved more quickly with one female exception. This fits with the conclusions of the influential attention researcher Anne Treisman (1935-2018) from the 1980s. According to her studies, people have an easier time recognizing an ellipse between circles than the other way around. She explained it with the existence of a kind of template of a standard circle in the brain; the ellipses represent a deviation from this; this makes it easier to recognize them. The same goes for female faces, according to Gandolfo and Downing, which represent a deviation from the masculine. Some scientists see a possible reason for this in the child-rearing pattern of many Western societies. There, mothers take care of their children in the early years, to a much greater extent than fathers. That is why children can form a more detailed idea of ​​a female face. What does not correspond to this maternal type, people automatically classify in the category “man”. In the brain, something like this happens, says Gandolfo: “Ah, the special characteristics that make a woman are not present, so she must be a man.” This can also apply to illusory faces, he says. As these are often very abstract and lack the typical characteristics of women, the brain decides on the motto “When in doubt, go for the man.” A 2008 study by Jennifer Rennels of the University of Nevada, Las Vegas, shows that the sex of the primary caregiver influences the perception of faces: Compared to male faces, three- to four-month-old babies looked longer female faces. However, only if the mother mainly performed care work. If the father played a more important role in the boy’s life, his gaze lingered longer on the image of a man.

But until now there have been no experiments that have investigated such a connection in facial pareidolia. Furthermore, the effect can also be explained in evolutionary terms: In 2017, a team from the Hebrew University of Jerusalem found that threatening faces enter consciousness more quickly. So maybe we see male faces where there are no people because we associate them with danger. Evolutionarily, it would make more sense to get scared one more time than to ignore a threat. Wardle warns: “You can think of an evolutionary argument, but I would be careful not to over-interpret it.” He also sees social conditioning as an important factor: languages ​​are often androcentric, making the male the standard. In German, this is reflected in the generic masculine. A team led by April Bailey in 2022 discovered that the concept of “person” is primarily associated with men in a huge set of English words. “An illusory face evokes the concept ‘person’ in an object, which in turn activates the concept ‘man,'” says Wardle. A 2015 experiment by Sapphira Thorne of the University of Surrey supports this interpretation: volunteers were asked to assign a gender to faces that were not clearly male or female. They only saw stimuli in one half of their visual field. Those on the right side are more likely to be classified as male. The signals then reach the left half of the brain, where most of the language regions are located. The team suspects that this influences judgment and that a male-dominated language makes it easier to interpret faces as masculine. But Wardle stresses: “So far, we can only speculate on the reasons for this.” Reference: “Illusory faces are more likely to be perceived as male than female.” S. Wardle et al. in Proceedings of the National Academy of Sciences, vol. 119, no. 5, 2022.