How to put a crying baby to sleep 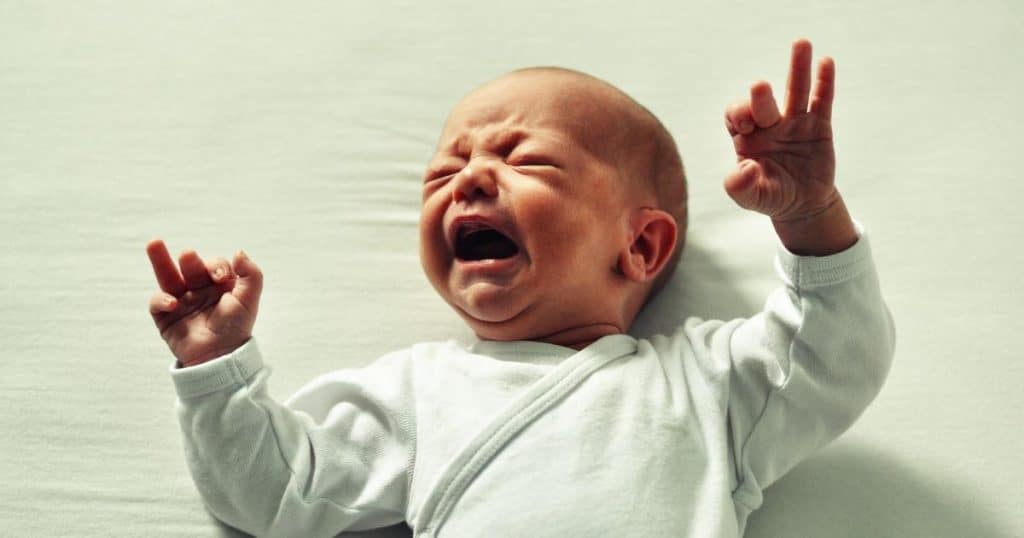 After staying awake for several hours, your offspring begins to yawn and rub its eyes. She places him gently in the cradle, the baby gives her a tender smile before closing his eyelids and surrendering to Morpheus’s arms. Does this scene sound like fiction to you? Don’t worry, you’re not alone. Between 20 and 30 percent of parents experience the same situation: their daily experience is accompanied by the uncertainty of why their baby cries and refuses to sleep. To bail them out, an international team has demonstrated a simple sequence of actions that seems to help the infant fall asleep without question. As reported in a study published in Current Biology, the secret is to walk around with the baby in your arms for five minutes, then sit for another five to eight minutes while still holding him against your body, and then gently lay him down in the crib . For their research, the authors brought together about twenty mothers with their babies between 14 days and 7 months of age. At the time of the intervention, some of the little ones began to cry. Mothers were told to try different practices, such as carrying their child in their arms, walking them in a stroller, or putting them to bed in the crib. Cameras filmed the scene, so the experimenters could analyze the children’s reaction. They also recorded the heartbeat of the infants. As the researchers found, the most effective practice to put the baby to sleep was to walk with him in his arms: in one in two cases, the child fell asleep within five minutes. The explanation: Carrying a baby triggers a reflex called the “carry response,” which is common to many mammals. It is due to the activation of the parasympathetic nervous system, which has a calming function: it reduces the heart rate and produces a deep sensation of relaxation. But then comes the critical moment, namely, placing the child in the cradle. How to accomplish this delicate task without the child opening his eyes and starting to scream?
Get past the crucial stage
To find out, the researchers looked at how the maternal practices of babies who were just waking up (35 percent) and those who were still sleeping differed. They found that the time it took to knock them down played no role: there is no need to slow down or “freeze” at the slightest movement of the baby. The first part of the baby’s body in contact with the crib had no influence either (for example, if it started with the shoulders or the feet). What did turn out to be relevant is the time the baby had been asleep. If it was less than three minutes, he would wake up, but if he had been more than eight and a half minutes (median value) he would continue sleeping. That’s how long it takes to go from stage 1 sleep (light and fragile) to stage 2 (deeper sleep). It should be noted that in most of the babies who did not wake up during the experiment, the mothers had sat up with them before putting them to bed. Hence the second part of the sequence that the researchers propose: sitting with the child for five to eight minutes after walking with him until he enters phase 2 sleep. That even increases the chances of putting him to sleep if he hasn’t already. In the experiment, several sleep-resistant babies fell asleep within a minute when her mother sat up with the infant lying on her body. While the effectiveness of such a sequence has yet to be confirmed with a larger number of participants, there is nothing to lose in trying it until then: even if it doesn’t work, holding your baby for a few minutes can only do you good. However, the crucial moment is to put the baby to bed in the crib. Analyzes have shown that this is the stage that puts the child on the greatest alert: his heart accelerates to the maximum during this process, more than when he is placed under the covers. “The best solution is to let go of the baby gently and without changing her position too much so that she continues to sleep,” advises Gianluca Esposito, co-author of the study. Now, it only remains to put all these strategies into practice.
Guillaume Jacquemont
Referencia: «A method to soothe and promote sleep in crying infants utilizing the transport response». N. Ohmura et al. en Current Biology, vol. 32, n.o 20, págs. 4521-4529, 2022.