Close encounters with the internal structure of asteroids 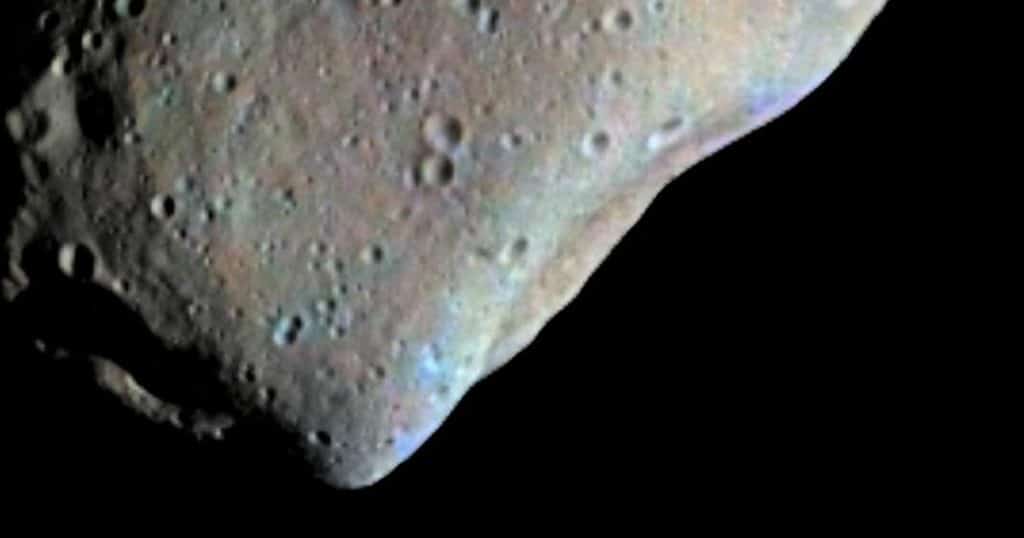 We have only taken the first and very timid steps to develop the ability to deflect potentially dangerous asteroids. The procedures used for this, and their effectiveness, will depend on the internal structure of these celestial bodies, a field of research in which almost everything is still unknown. But now, two researchers at the Massachusetts Institute of Technology have devised a method to deduce the distribution of mass inside an asteroid that passes close to another, more massive object, such as a planet, by comparing the spin state of the smaller body before and after the encounter. Traditional studies on asteroids provide data related to the properties of its surface and the shape of the object, and also usually analyze its state of rotation. Sometimes the mass and density could be deduced, but any other information about the internal structure was, until now, completely out of reach. What we know about the internal structure of the Earth and the Moon is due, for the most part, to the analysis of seismic waves propagated through their successive layers and captured at the surface by seismometers. Although this method is beginning to be applied on Mars (thanks to the InSight mission, on the red planet since November 2018), how much or little we know about the internal structure of other planets —or even that of Mars, up to the today—is deduced from models and from objects orbiting around them. In particular, there are no reliable data on the interior of any asteroid except (4) Vesta and (1) Ceres (studied in detail by the Dawn probe), and (433) Eros (by the Near mission). The Dart mission managed to crash a projectile against a tiny asteroid on September 26, 2022, in what was the first test to alter the course of this type of body. There is no chance that a mission as modest as that would prevent a really dangerous asteroid from colliding with Earth, because it would take thousands of times more forceful action. Still, the test made a lot of sense as an experiment in planning and navigation (a marksmanship test, you might say) and to assess some of the many uncertainties involved in such a crash. Indeed, the response of an asteroid to an impact can vary with many factors, such as the consistency of the material, the place of the impact or the general distribution of mass throughout the celestial body. On all this depends that part of the kinetic energy of the projectile is invested in altering the orbit in an effective way, instead of being used in removing material or transforming itself into rotation. Knowing the internal structure of the asteroid is crucial to prepare an action of this type. Researchers Jack T. Dinsmore and Julien de Wit, from the Massachusetts Institute of Technology, have taken a huge step, from a theoretical point of view, in the development of methods that allow us to elucidate the internal structure of asteroids. The key to their work lies in studying the rotational changes of asteroids that pass close to a massive object. Every large body (for example, a planet) exerts tidal forces on any object that approaches it, such as tidal forces terrestrial, which have kneaded the Moon for eons to force it to always show us the same face, or the ebb and flow that the Moon itself induces on the oceans of our planet. One of the effects of tidal forces is to alter the spin state of asteroids that venture close enough to more massive stars. The asteroid’s rotational response depends on its internal structure, so analyzing this response can provide insights into the interior of these objects. Dinsmore and De Wit have developed a computational method that can tackle just that problem and have tested it in simulations. The main limitation of their analysis is that it can only be applied to rigid asteroids, when space exploration is showing that a non-negligible amount of these objects consist of non-cohesive piles of debris. It must also be non-binary asteroids. Even so, this technique and its future developments will provide the first details about the interior of the smaller bodies of the solar system, especially the population close to Earth, which is the most dangerous. The authors estimate that their procedure will offer the best results for asteroids that come closer than about 120,000 kilometers from Earth (just under a third of the distance to the Moon). It will be necessary to measure the rotation conditions of the body, both before and after the approach, with an accuracy of a few tenths of a second, which is feasible today if the appropriate methods are applied. The quality improves if previous data on the size, external shape and position of the center of mass of the object are available. The study points to the asteroid (99942) Apophis, which will approach only about 38,000 kilometers from the center of our planet on April 13, 2029, as one of the most promising to put this proposal into practice. In addition, the calculations can be applied not only to objects that approach Earth, but also to asteroids that approach other planets, which can increase the number of bodies that can be studied. The article analyzes, for example, the case of hypothetical encounters with Jupiter. In the era of great astronomical discoveries related to exotic physical processes, of a quantum or relativistic nature, Dinsmore and De Wit’s proposal reminds us that the more classical celestial mechanics still have much to offer. This is demonstrated by this window opened by traditional tidal forces into the interior of asteroids, a territory that would otherwise remain hopelessly out of reach.
David Galadi-Enriquez
Referencia: «Constraining the interiors of asteroids through close encounters». Jack T. Dinsmore y Julien de Wit, Monthly Notices of the Royal Astronomical Society, art. stac2866, 19 de octubre de 2022.