Can we improve memory with brain stimulation? 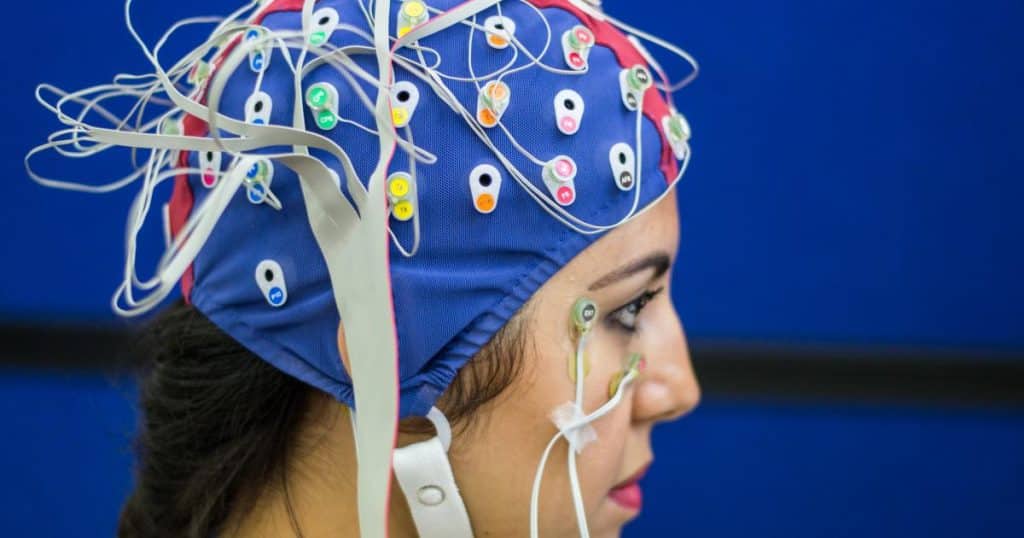 Superficial electrical stimulation of the brain can increase the memory of older people for a month. This study has been published by experts from Boston University, led by brain researcher Robert Reinhart. However, neuromedicine experts caution against overestimating the results. In transcranial alternating current stimulation, electrodes on the scalp emit weak current pulses. Electrical charges reach the brain through the cap and influence nerve cell signals, which, for example, stimulate long-term potentiation, an important basis of learning and memory. For the new study, 150 seniors between the ages of 65 and 88 had to memorize lists of words while wearing a cap with electrodes. In the control group, the stimulator made a lot of noise, but no electricity flowed. The procedure was repeated for four consecutive days. With high-frequency stimulation of the frontal cortex, memory improved for words at the beginning of the respective lists. This finding speaks of a better anchoring in long-term memory. In contrast, low-frequency stimuli located further back in the skull promoted the ability to recall words at the ends of lists. The researchers interpret this as an indication that working memory benefited here. However, a performance increase was only observed when distinguishing between words at the beginning and end of the lists; remembering any words did not promote stimulation. For this reason, dementia researcher Johannes Levin, from the University Hospital of Munich, speaks of an “interesting approach”, but does not yet see it as a new treatment option for neurodegenerative diseases. “The brains of dementia patients are different from those of healthy people,” says Levin. Therefore, it is a mistake to expect that these studies can be used to counteract cognitive decline.
Anton Benz
Referencia: «Long-lasting, dissociable improvements in working memory and long-term memory in older adults with repetitive neuromodulation». S. Grover et al. en Nature Neuroscience, vol. 25, n.o 9 , págs. 1237-1246, 2022.