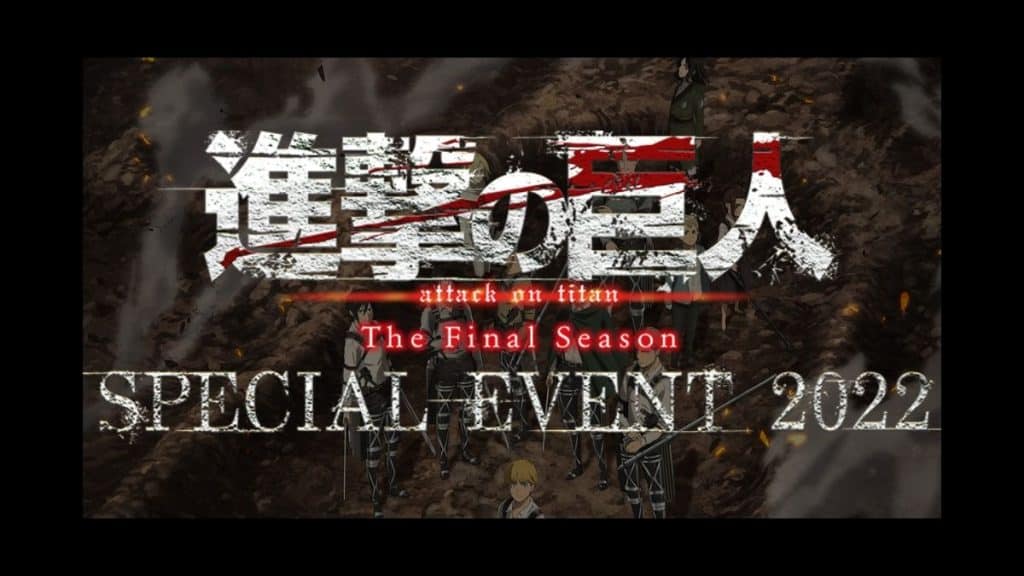 Attack on Titan: Final Season Special Event The end of Shingeki no Kyojin is one of the most anticipated seasons in anime history. And although it is scheduled for 2023, this year we will be able to learn some news about the final chapters, since in November a special event focused on the third part of the last season.

The special event of the last season of Shingeki no Kyojin

A few months ago Shingeki no Kyojin announced that the next November 13 An event about the final season of the series would be held at the Tachikawa Stage Garden. Now, we have been able to discover the promotional video of the event, and has created an incredible hype in all the fans. This trailer mixes images of the last season of the series with the performance of a great orchestra. And this is exactly what the two parts of the event are going to deal with.

In the first part will take place on Final Season Orchestra Concert, singers who have put voice and lyrics to the popular Shingeki no Kyojin openings, such as Yuko Ando or Ai Higuchi, will be invited. The second part will take place in the afternoon, and will consist of a special talk of the last season where we can meet some of the voice actors who lent their voices to Eren Jaeger, Mikasa Ackerman, Armin Arlert and more. Since it will be a payment event We do not believe that it will be broadcast live, but we will be very attentive to what happens to bring you all the news as soon as possible. Do you think important news about Shingeki no Kyojin will be revealed on November 13?