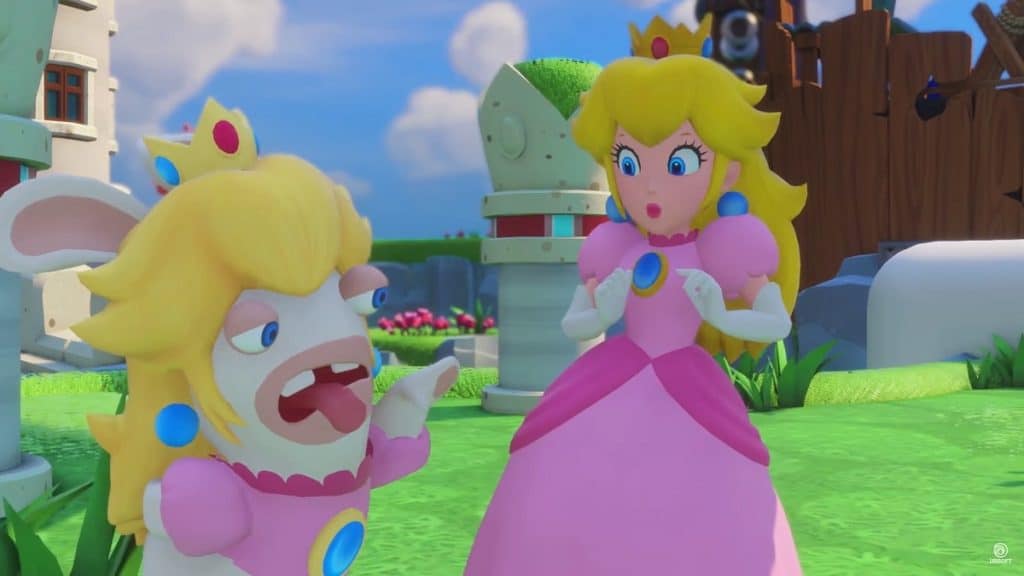 Rabbid Peach and Princess Peach in Mario + Rabbids: Kingdom Battle Working for Nintendo is the dream of many video game lovers, but you have to keep in mind that the requirement level that exists in the company is very high. So much so, that in Mario + Rabbids: Kingdom Battle they wanted to do 1,000 animations per character. In this process, they came up with a Sailor Moon style transformationalthough it was never finished.

Rabbid Peach and Sailor Moon: the combination that almost happened

As far as we know, the animators of Mario + Rabbids: Kingdom Battle were working desperately to reach the requirement of 1000 animations per character for combat. A complete madness considering all the characters that we can find in the game. With this idea in mind, they had to squeeze their brain to the maximum. Not only to be able to create so many animations, but also to get new ideas that could hit with each character. So, working inside the animations of Rabbid Peachit occurred to them to create a Sailor Moon inspired transformation sequence. And although the sequence was finally deleted, Davide Soliani, creative director of the game, showed it some time later on his Twitter account. “When you have to create 1,000 animations per character just for the combat phase, the animators started going crazy. This was 2 years ago,” Soliani said.

Although it is an initial work, we can clearly see that Rabbid Peach performs movements very similar to those carried out in Sailor Moon. It really is a somewhat strange combination, which makes us realize the number of ideas that go around the heads of Nintendo workers and that many times we don’t get to know. How many more lost jewels will there be in Nintendo? Source: VGFacts