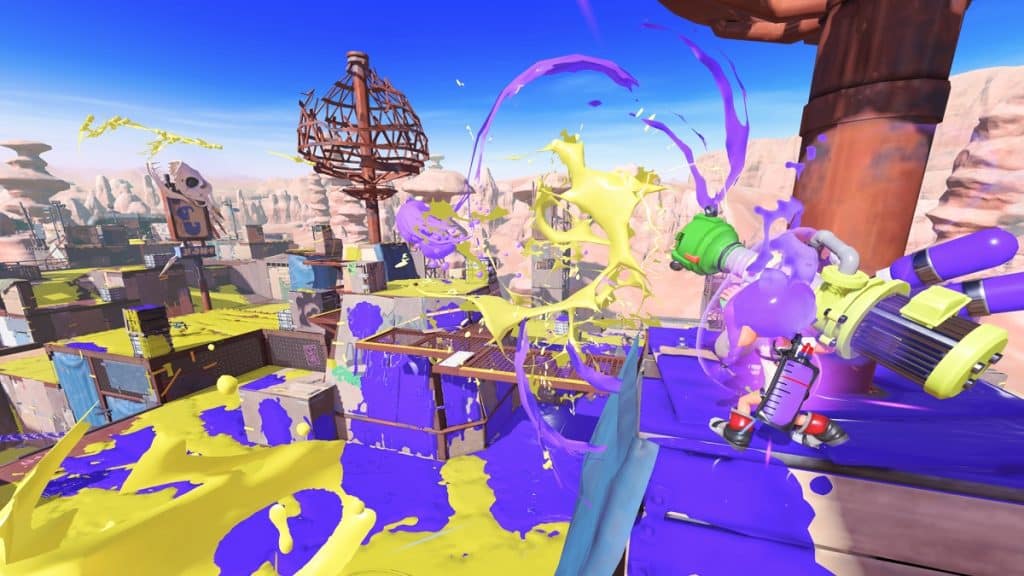 Splatoon 3 Nintendo is having one of its best years in terms of video game release. In January, he achieved a great number of sales with Pokémon Legends Arceus, while in September he launched the third edition of his beloved Splatoon 3 saga. The Japanese company expected great things from Splatoon 3, however, he never imagined that players would exceed their ideals when using the game for emit porn.
Just a couple of hours ago Nintendo issued a statement accusing Japanese streamers who have been broadcasting adult content when playing Splatoon 3. The company mentioned that this act violates public morals and also the image both of the saga and of the characters that compose it.

Although many may think that something like this is impossible, these Japanese streamers managed too well to achieve their goal. They took advantage of the games in which I used green ink in order to use it as a chromakey and play these videos.

Although Nintendo has already mentioned about it, still We do not know if he will take action on the matter and sanction the streamers engage in this type of behavior. At the moment we have to wait to see if these cease after Nintendo’s threats.